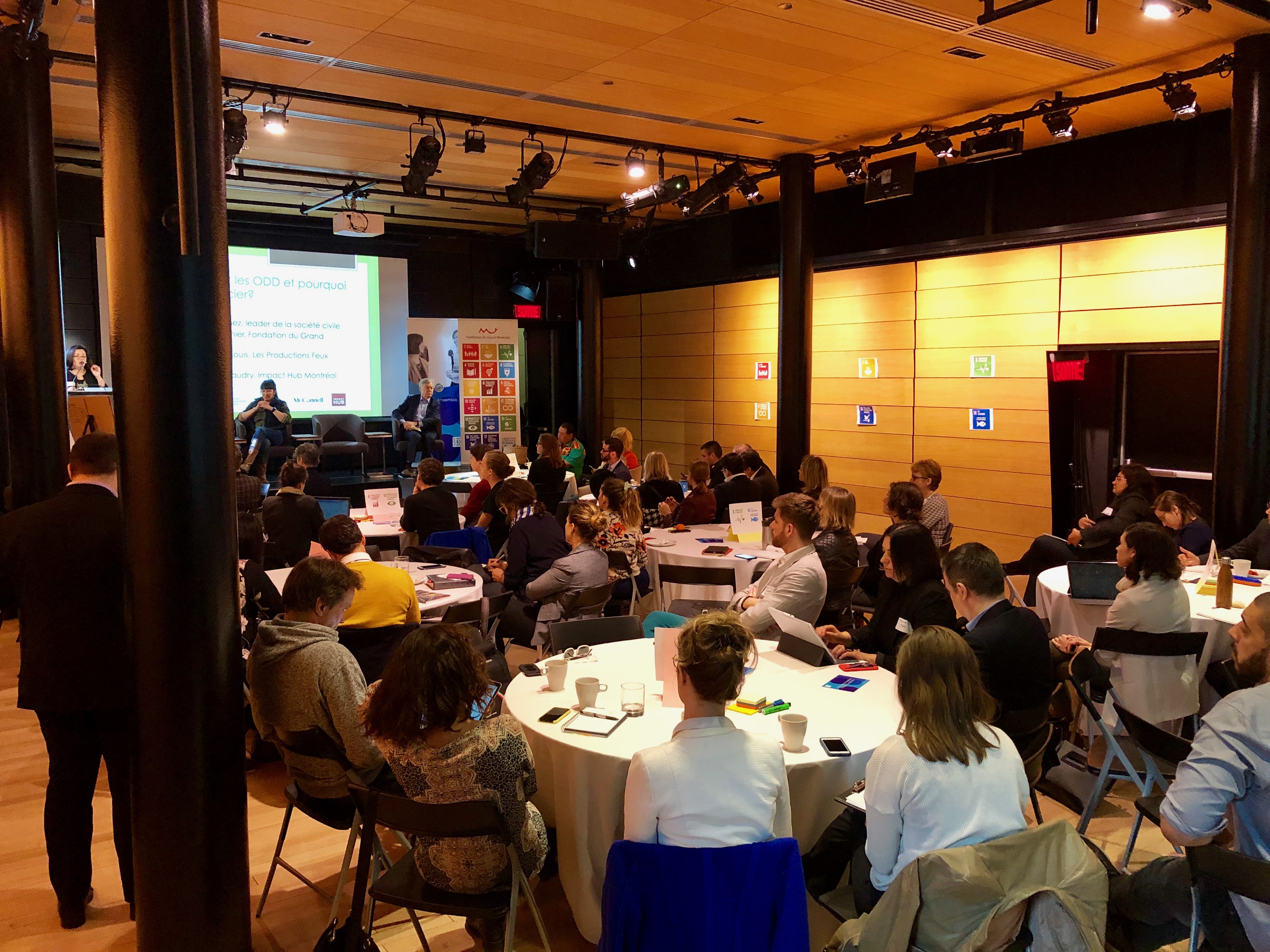 Courage and bravery: How can philanthropy step up for the SDGs?

In September 2018, a conversation took place in New York focused on the idea of unlocking philanthropy to address and support the 2030 Agenda that is laid out by the SDGs. As a community foundation network, much of the work of Community Foundations of Canada (CFC) and that of community foundations connects either directly or indirectly to the SDGs.

While the dialogue weighed different ideas and perspectives of why philanthropy is, and can be, an important contributor to and catalyst of the 2030 Agenda, the most memorable moment from my perspective was about values rather than tactics. Yes, philanthropy has various assets it can utilize to address the domestic and international goals and indicators. It can do so through its mechanisms of grants, thought leadership, convening, etc. But, what is the relationship between the values of the SDGs and the values of philanthropy. If these are not aligned, can the full opportunity of philanthropy truly be unlocked for the SDGs?

Two specific themes, or values, were highlighted during this discussion that continue to drive my thoughts and reflections.

There was a moment in which one panelist commented: ‘Philanthropy is a sector that is well positioned to take risks – but is also one of the most risk averse sectors.’

Could infusing courage and bravery into philanthropy see more movement towards the SDGs? While some might argue there is already a healthy dose of courage in philanthropy, I’m inclined to agree with the panelist: we need more of it.

This can be done in multiple ways. In Canada, there is a growing movement to do more good with the assets held by foundations. Specifically, to leverage the opportunity of impact investing. Last year, CFC participated in a partnership which launched an Impact Investing guidebook to encourage this practice. Around the world, there is a movement to #ShiftThePower. At its core is the idea of shifting power to local communities — to both organizations and actors. It takes the wisdom and ideas of those in community as the key input and rejects (kindly) the traditional top-down approach that has been part of philanthropy’s long history.

Another value that shone brightly in this conversation was that of honesty. More specifically, honesty with ourselves. A challenge was issued to ensure that philanthropic organizations (and let’s be clear, the public and private sectors too) are being honest about how they are intentionally addressing the SDGs. The positioning of ‘intentionally addressing’ is a key part of the challenge.

Distilled down, it was suggested that we not simply repackage what is already being done and claim this as the organization’s contribution towards the SDGs.

Certainly historical and current actions matter; but, if all existing actions were enough, we wouldn’t be facing the real challenge of the SDGs and the plethora of indicators beneath each goal.

So yes, keep doing the good work you are doing, but also, do more — with intention.

The SDG framework is underpinned by the phrase: Leaving no one behind. This speaks to the values but also the challenge. We have tremendous capacity to move social and financial capital, knowledge, and resources. Imagine what is possible when we turn our full attention and intention, with honesty and courage, towards the SDGs.

This post was initially published on the WINGS blog, October 30, 2018.